Disclosure: Some of the links in this post are affiliate links and if you go through them to make a purchase I will earn a commission. Keep in mind that I link to these companies and their products because of their quality and not because of the commission I receive from your purchases. The decision is yours, and whether or not you decide to buy something is completely up to you.

I have done the math. I have crunched the numbers. I know the chances are slim.

My son Isaiah. I am so proud of the player he is becoming and the effort he puts in. He loves the game and it shows. He made the future stars squad and could have made the all-star travel team but I held him back (he’s technically too young). Let him know you’re rooting for him!! #mykids #mykidsrock #mykidsmyworld #familytime #celebratelife #connecticut #kidsofinstagram #familiesofinstagram #prouddad #meriden #baseball #baseballislife #littleleague #futurebabybomber #myson #futureking #myboy

You’re probably wondering what I am talking about. Let me share.

I have written a few times on The Dad Tax about my son Isaiah and his baseball skills.

Isaiah is 8 years old. He has above average skills on the diamond…for an 8-year-old. This isn’t a dad bragging about his son. This is feedback I have received from other coaches, including one coach who has worked with players like Charlie Morton.

Typically, he plays middle infield unless I feel he is lacking focus and then I move him to the outfield. Focus is one thing I stress but one thing he often lacks.  And yes I am one of his coaches.  I am also probably harder on him than any of the other kids on my team.

He prefers Shortstop. One of his favorite players (now retired) is Derek Jeter.

Other trainers and coaches have said the following about him:

Most of these are requirements in my book. I often award the game ball to the player who has the best attitude and best effort for a given game. That’s exactly what I did during the first game of Fall Ball.

What I Want for Isaiah

He loves baseball almost as much as me at this point. He is light-years ahead of where I was at the age of 8. When I was 8 there were no real organized baseball leagues where I lived.

I would absolutely love for him to make it to Major League Baseball.

I know it is a big long shot to make it to MLB. A High School senior has a .5 percent chance of being drafted. That’s 1 in 200.

Being drafted does not mean you make it to the bigs either. That just means a team is interested and you will play in their minor league system.

Your odds improve slightly if you play college ball. 11 in 100 are drafted, just over 10%.

What I would ultimately like is for Isaiah to receive a scholarship to play baseball, get his college degree and be drafted. The first part of this sentence is a lot more likely, especially given his academic abilities so far.

Waiting for Judge to throw one to him. #NYY #JediJudge

I learned not to long ago that to make it to the next level of your baseball career you must be one of the best.

Isaiah currently plays little league. This year was the first year he played at a level that had pitching required. They used a machine (fewer kids get hit by a pitch this way).

He’s been hitting pitching for a few years, so this was not a big jump for him.

Can’t Play the Position Without a Glove.  Check These Out>>>>

Next year he must move up again. He will face live pitching next year. To this point, I have been the only person to pitch to him.

He also must try out for the first time next year. I have seen some of the kids that play at this level. I don’t believe trying out will be an issue but there’s always that nagging feeling.

What I learned is to move up from level to level you must be one of the best 2 players on a team.

Cybermetrics?  Or Just the Odds?

There are 3 baseball leagues in my town. Each league probably has approximately 60 kids playing baseball in the different age brackets.

For Isaiah’s age bracket that would mean there are approximately 180 kids playing baseball in my town.

There are also 3 high schools in my town (sensing a theme here). Each high school team can have 20 players on the varsity team. If there is a junior varsity team then that’s another 20 players.

Let’s focus on just varsity because these are the kids most likely to get college scholarships.

That means in Meriden there will be 60 varsity players. This is 1/3 of the total number of kids playing at Isaiah’s level now.

We are not sure what we are doing for high school yet, he’s only in 3rd grade right now. We would like him to go to a private school. Baseball may help with this but that only highlights my point further.

One of the 3 high schools in my town is a technical school. He probably won’t go to this school but again we don’t know for sure. That means the number is now cut to 40.

He will be assigned a school based on where we live. That means the number is now 20.

As I said earlier just over 10% of college players get drafted.

Of those that are drafted 1 or 2 on a minor league team might get called up on average.

Do you see where I am going with this?

DeMarini Baseball Gear at the Best Prices on the Net>>>

I remind him all the time.

I reminded him again on Tuesday (our first Fall Ball game) that he had to be one of the two best on the field, for both teams.

Tuesday he clearly was.

He played shortstop as usual. He hustled his, well you know what, off. He fielded great. He made a few decision-making mistakes but that comes with learning the game.

His offense was good. He still needs to work on keeping his eye on the ball, but he was 2 for 4 and showed a little power for the first time in 2018.

Isaiah is small for his age. A proud moment this summer was being told he had finally crossed the 50-pound mark (barely). He’s not a big eater. So, any sign of power is a bonus.

He was focused. Intensely focused.

Every time he came up to bat the other team coaches warned their players.

Some of the coaches have seen him before. They know what to expect.

He was clearly one of the two best players on the field Tuesday.

I did not award him the game ball. I have my reasons which I explained to him. He completely understands.

I did tell him that he was one of the two best players on the field for both teams that day.

Why Do You Care?

You’re probably thinking to yourself by now why is he sharing this with me? Why do I care that his son has above average baseball skills?

I don’t expect you to care. Here’s why I am sharing.

First, I am proud of his effort and dedication. So naturally, I want to share.

More importantly, the point I want to make is as parents we need to encourage our children to strive for excellence.

Izzy is my 4-year-old daughter. She started gymnastics last year. She was so good that they moved her up to the next level (5-8-year-old group, she was 3 at the time). She left other kids in her age group who have been taking gymnastics even longer behind. There were 5-year old’s in her original group. She surpassed them in a few short months.

I’ve been trying to tell you it’s a way of life in the Gombar household. #baseballislife #BASEBALL #HappyMonday

Isaiah excels at reading. He has been reading at a 6-8 grade level for over a year now. He is at or above grade level in every subject. We continue to push him.

When he started swimming lessons we switched him from one school to another because they did not challenge him enough. He was swimming on his own within a few weeks after the switch.

Children don’t comprehend limitations. Their limitations are put in place by parents and by their own ability.

Encourage them to be one of the two best on the field, in the gymnasium, in the swimming pool, in the classroom.

Encourage your children to strive for excellence.

Your child is not going to be good at everything. Isaiah also plays the piano. He’s OK at best. We continue to have him go to lessons because playing an instrument helps children with focus. Not just on the instrument but on everything.

We continue to encourage him to get better.

Now, before you tell me that my children have too many activities….

They also have plenty of downtime. Playtime is also learning time. We know that.

We balance it out so that they don’t crash and burn.

They get plenty of sleep as well. We understand the importance of rest and recovery. 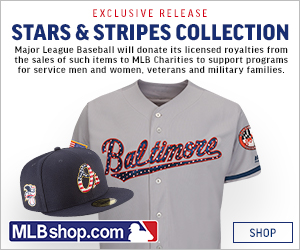 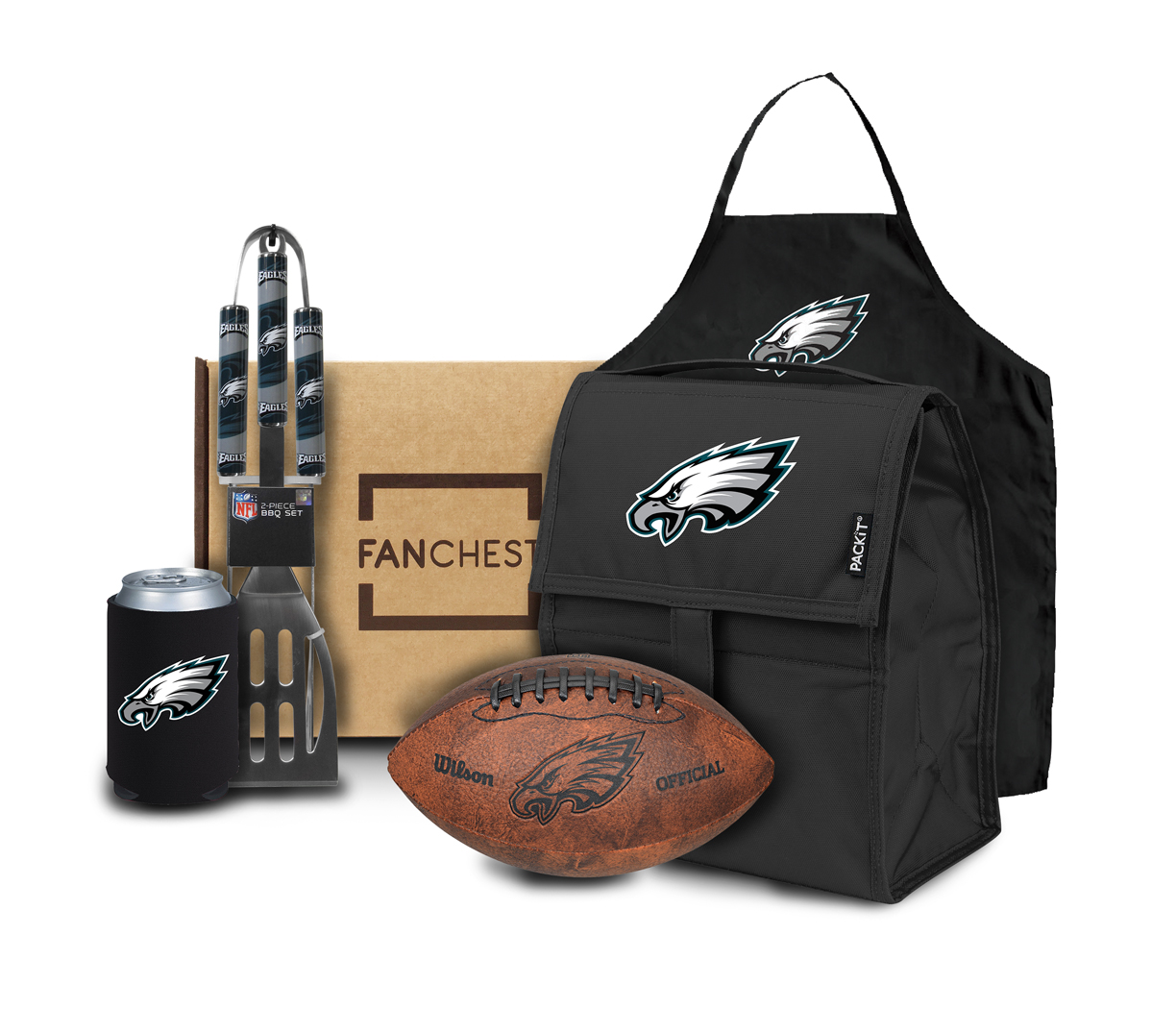 The Dad Tax Weekend in Review [If You Care]